skip to main | skip to sidebar

The Real Question Is Would You Want Egnor As Your Doctor?

Our esteemed creationist M.D., Michael Egnor, continues distorting evolutionary theory and its relationship to medicine. In a Evolution News and Views piece yesterday, Egnor makes fun of an Alliance for Science essay contest for high school students where they are asked to answer the follwoing question: "Why would I have wanted my doctor to have studied evolution?". PZ (several times) and Orac (again, several times) demonstrate Egnor's ignorance on the topic of evolution as well as the relationship between evolutionary biology and medicine. In this piece Egnor suggests the following point-blank:

I am a professor of neurosurgery, I work and teach at a medical school, I do brain research, and in 20 years I’ve performed over 4000 brain operations. I never use evolutionary biology in my work. Would I be a better surgeon if I assumed that the brain arose by random events? Of course not. Doctors are detectives. We look for patterns, and in the human body, patterns look very much like they were designed. Doctors know that, from the intricate structure of the human brain to the genetic code, our bodies show astonishing evidence of design. That’s why most doctors—nearly two-thirds according to national polls—don’t believe that human beings arose merely by chance and natural selection. Most doctors don’t accept evolutionary biology as an adequate explanation for life. Doctors see, first-hand, the design of life.

I do use many kinds of science related to changes in organisms over time. Genetics is very important, as are population biology and microbiology. But evolutionary biology itself, as distinct from these scientific fields, contributes nothing to modern medicine.

Egnor also trots out the "Darwin = Eugenics = Hitler" BS again although that has been debunked time and again and shown for what it is: a marketing ploy creationists use to try to get the stupid to believe evolutionary biology is evil. But, just in case you haven't heard the argument, Orac provides a quick synopsis:

Aaagh! I can't believe he's invoking the whole "Darwinism equals eugenics" canard. That's about as idiotic as it comes. Even if it were true that eugenicists used evolutionary theory to justify their vile activities in the early 20th century and the whole concept of "racial hygiene," it would be irrelevant. Just because some people put a scientific theory to evil use does not say anything whatsoever about whether that scientific theory is valid or not. One might just as well condemn Einstein, Neils Bohr, and all the physicists whose work formed the basis for the construction of the atomic bomb for the use to which their work was put.

As for that last line, I recently made the same point when our northstate's creationist lawyer Larry Caldwell propped up the same old tired connection:

It seems likely to me that Goethe's eugenics views were underwritten not by Darwinian evolution, but by biblical teaching. We certainly know that, contrary to creationist claims, Hitler, Himmler and most of the Nazis used the guise of Christian religion to justify their behavior. Eugenics might be a theoretical derivative of evolution...but its application is driven by religious worldviews. In his zeal to tag evolution with the mark of human atrocity, Caldwell misses the more fundamental connection.

It is not biological theory that leads to human atrocity, it is the politicization of religious faith, absent reason and logic and disdainful of proper science, that promotes and then justifies human atrocities committed in the name of whatever god happens to be convenient.

Orac further trounces Egnor's faulty assertion that evolutionary biology has nothing to do with medicine. I also remember commenting on an article a while back, in which researchers specifically used evolutionary theory to develope new enzymes, some of which will have medical application. Despite the fact that doctors may not themselves apply evolutionary biology in their day-to-day practice, the basic tenets of how organisms are put together and work (or don't work and could be fixed) are evolutionary in origin. Again, follow the links to read the volumes of material Egnor leaves out of his comments on evolution.

Egnor's question did, however, get me to thinking. Not about how much evolution I'd want my doctor to understand, but how much of an Intelligent Design proponent would I want my doctor to be?:
- since my neurosurgeon cannot recite a single actual fact evolutionary biology, should I be cocerned there are a lot of other medical facts he doesn't understand?;

- since my neurosurgeon is willing to distort some science to make way for his personal belief system, perhaps I should question what medical science is being distorted when he operates on me?;

- if my neurosurgeon thinks my particular neuro-pathways were designed, then should I be worried that he won't fix a problem because to doesn't want to interfere with God's handiwork?;

- would my neurosurgeon be open to the implication of his work, that the intelligent designer is not perfect and screws up the design every once and while, and even look for serious problems that I might have?;

- if new treatments became available because another, less intellectual hamstrung researcher developed them using evolutionary principles, will my ID advocating neurosurgeon not use them because he thinks evolutionary theory and eugenics are the same thing?

Egnor's question gets you to think, doesn't it?

[postscript: I see that PZ caught Egnor's idiocy and responded with "Career Day at the Discovery Institute Preschool"]
Posted by Christopher O'Brien at 7:24 AM

As a doctor, I remind you that there is a relationship in medicine between evolutionary biology and the human body and it is in research and drug testing. We find that other animals are closely related to us and use them a subjects to learn about anatomy, physiology, and pharmacology, et. al., because of their close relatedness to humans. To not realize this is to have your head up a very dark and presumably tight place.

Thank you for the post! Very good point...I completely forgot about the reasons we tend to choose our closest living relatives for medical testing. It's not because of Intelligent Design!

At the end of the day, all that really matters is where or not Egnor is a competent surgeon.

He obviously is or he would have had his license revoked

Wow. An amazing display of both vitriol and ignorance. Do you work at this or does it come naturally?

Anonymous 1 - if Egnor stops running off at the mouth about issues on which he knows nothing, then I would agree that all that matters is whether or not he's a competent surgeon. Being a competent surgeon, however, says absolutely NOTHING about his competency (or in this case, lack thereof) in other areas of science.

Anonymous 2 - wow, what a comeback! "Vitriol" and "ignorance" - did your mom look those words up in the dictionary for you? Do you always cower behind anonymity?

Anonymous 1 nd 2 - just a note to enhance your reading enjoyment: Northstate Science has moved to northstatescience.wordpress.com.

What utter nonsense - and posted I suppose by a normally intelligent person.

Nothing but the standard Darwinist bull shitting, smoke and mirrors, appalling logic and ad homs in lieu of actual evidence.

The holocaust has no relation to Darwinian principles in the Nazi mind!?! Maybe you should actually read up on the historically verifiable data? The facts are against you.

You Darweenies are all mentally ill - as someone with a working brain noted:
"So it came about from 1860 onward that new believers [in Darwinism] became in a sense mentally ill, or, more precisely, either you became mentally ill or you quitted the subject of biology, as I had done in my early teens. The trouble for young biologists was that, with everyone around them ill, it became impossible for them to think they were well unless they were ill, which again is a situation you can read all about in the columns of Nature [magazine]." - Hoyle, F., "Mathematics of Evolution," [1987]

"how much of an Intelligent Design proponent would I want my doctor to be?" Does this excite your masturbatory neurosis or what?

I'm amazed at the glaring ignorance and ill reasoning revealed not only in the post but in those of the Darwinian fundamentalist, worshipers of materialism that commented.

It is clear that not one of you harpies can actually understand simple English or the simplest grain of logic.

"because of their close relatedness to humans" ? What?
Rather because of the close morphological similarities and that whether produced by chance and necessity or by a designer.
Would like a brain with your fries sir?

To parrot O'Brien, I certainly would not want such a churl like you as my doctor emkeane! If you can't discern the meaning or relations of simple things then maybe you can't understand your "Medicine for Dummies" manual either.

Egnor's history of medicine is factual. Darwinism is only (and always) brought in afterwards as a narrative placebo for the insecure materialists.

Jesus, Hitch - why don't you take a valium and relax bud...in the meantime I'll wade through all those intellectually stupifying comments you provided - I guess I better quit teaching all those hundreds of young minds every year and opening them up to wonderful world of Darwinian evolution! 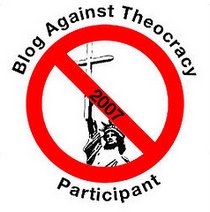 "God will not mind, my Lord; and if He does, then he is not God and we need not worry" - Balian, Kingdom of Heaven
"I put no stock in religion. By the word religion I have seen the lunacy of fanatics of every denomination be called the Word of God" - Hospitaler, Kingdom of Heaven

Christopher O'Brien
Christopher O'Brien is an Adjunct Professor of Anthropology at California State University, Chico and Adjunct Faculty at Lassen Community College, Susanville. His day job is as the Forest Archaeologist for Lassen National Forest in northern California. He received his BS in Anthropology from the University of California-Davis and a MA and PhD in Anthropology from the University of Wisconsin-Madison. He is currently working on the zooarchaeology of several cave and rockshelter sites in northern California, and the historical ecology of several species. He has also been directing archaeological excavations in western Tanzania since 2002. Views expressed on these pages are those of the writer and do not reflect those of the US Forest Service or any other land management agency except where explicitly indicated and where that view has been made public by the agency itself. I support the US Forest Service's mission; to me, the concepts of the USFS are a creed, sacred, and I feel a duty to pass on my concerns to anyone who'll listen. Any criticisms I advance stem from concern and hope. 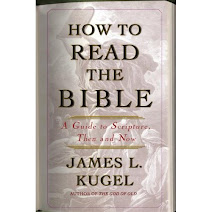